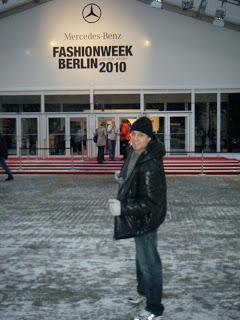 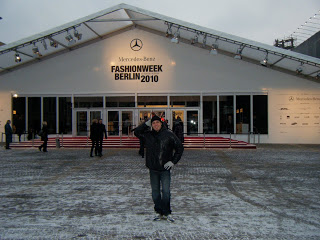 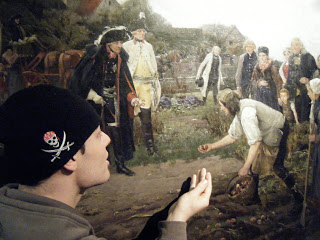 Really guys, how hard would it be to standardize USB cables for cameras? Every manufacturer uses a different cable…why? I wanted to put up some photos for this entry because Ezra and I went to Zee German National History Museum. I actually had the foresight to bring Katarina’s camera (neither Ezra nor I had the foresight to charge the batteries of our respective cameras!) AND use it. Usually I never make it to the second step. Anyway, Katarina’s working the night shift and we can’t find the cable for her camera. Wait a minute! This just in! I can put her memory card into my camera…ok. You can all relax now.
As I was saying, today Ezra and I went to Zee German National History Museum. Ezra had yet to see it so nobody was going to be bored. Not like that would be really possible, that place was huge. It would require at least 2 full days to see everything.
We walked in and paid the extremely cheap price of only 5 euros (about 7 dollars). I needed a little kick before entering the gallery so we went to the museum cafe and waited about 10 minutes for a waiter (it wasn’t particularly busy). I wasn’t anticipating such an ordeal so I went to the counter and tried to order there. I was politely informed that it is the waiter that takes the order, so please wait for the waiter to come to the table (zis is zee rule!). Finally a waiter came, I ordered the coffee and tra la la! It was off to the gallery.
The first part of the museum comprises the eras of Germanic tribes; attack, overthrow and integration and rule of the Roman Empire; Protestant reformation and subsequent wars; French Revolution and Neapolitan Wars (I like the strawberry flavour the best); German confederation; German Empire and Industrial revolution; and finally the WW1. I’m pretty sure there were more stages in between the major ones but my memory fails me and I’m sure you don’t mind.
One interesting piece of history that I was previously unaware of is that after the fall of the Roman Empire (ruled from Italy) it was ruled by the Germans, the Franks specifically. Here’s where it gets fun (woohoo!), a couple of years ago when I was an elementary school student at Ecole Jules Quesnel French Immersion I was taught that King Charlemagne was French. Well, it seems zee Germans have different historical interpretation. So who’s right? It turns out that in each one is right in their own. special. way. (say it like your mother would!)
Charlemangne was king of the Franks who would eventually occupy most of Western and Central Europe. The Franks were a Germanic tribe (point: Germans). The Franks inhabited modern day France (point: French). The Franks (under Charlemagne) invaded and conquered Italy and was he was crowned Emperor Augustus I (minus 1 point: Italians) And, no, just because he got an Italian name doesn’t make him Italian!). He unified Western Europe and is the founding faa-ja of both the French and German thrones, as Charles I–his stripper name–(one point each French and Germans).
Anyway, this new Roman Empire, under German (and French?) rule would last another almost 900 years! In fact it was a little bit less because a guy name Martin Luther (who was partially named after a famous human rights activist–kidding) decided that sweet baby Jesus doesn’t just speak to the ecclesiastic order; but to everyone…well actually he had a list of 95 grievances against the Catholic Church. Stop. Think about it. Some things bother me, but I really don’t think there’s anything or anyone out there that bothers me sooo much, in sooo many ways that I could come up with a list of 95 different grievances. Maybe I could get 10 good ones, max; but once I got into the 50s, I’d have to get reeeeeally creative.
Lets say I was making a list of grievances against my nemesis: computers. Lets see how far I get before it gets silly:
1. I hate that you freeze up sometimes
2. I hate that on long flights your battery runs out.
3. I hate that part of the casing cracked and I never even dropped or hit you!
4. I hate that I can’t drop or hit you
5. I hate that even if I raise my voice, you still won’t do what I want.
6. I hate that sometimes you’re slow.
7. I hate that you don’t write my essays for me.
8. I hate that you’ve addicted me to facebook.
9. I hate that you think sweet baby Jesus can’t hear me unless I go through you.
10. I hate that you sell indulgences to pay to build a church somewhere in Italy.
11. I hate your doctrinal policies on purgatory.
….ok, I’m done. Can you imagine 95? And it wasn’t just a list, he had full on explanations for each one! I’ve been at the wrong end of an unhappy girlfriend’s tirade, with full explanations of why I’m wrong (then repeated just to make sure I understand). But I don’t think I’ve ever been accused of 95 faults (in one sitting!)
Apparently, Martin Luther (not the King) wasn’t the only one who harboured feelings of malevolence toward the Catholic Church. The actions of Martin Luther and his followers sparked one hundred and thirty one years of war.
….getting sleepy….here’s the quick version!
War, then peace, then more war, then peace, then Industrial Revolution, then BIG war.
That’s as far as we made it! Enjoy the pix!
by the way, click on “comments” if you’d like to post comments. i’d love to hear what y’all think.