Introduction
The comments section of the internet is the battleground of the future; thus, in my critical thinking course I like to give my students advice on how to be great internet warriors.  In any combat sport, pattern recognition facilitates a quick and effective response. And so, with internet battles, being able to recognize and understand common argument structures and their associated flaws allows you to effectively respond. The analogy ends there. Unlike combat sporting events, the best way to win an internet battle is to never compete in the first place. However, if you’ve got an evening to kill and little concern for your mental health, this entry will teach you how to neutralize and defeat a Level 7 tu quoque attack.

Technical Terms
The tu quoque fallacy (aka hypocrite fallacy) occurs when one party defends their position by suggesting the accuser has done the same. [I have cultivated a page full of tu quoques plucked from the media, here].

In political discourse, partisans rely almost exclusively on tu quoques to deflect criticism against the actions of their party or a member of their party by suggesting that the other party did the same.

A: Trump unilaterally decided to bomb Syria!!!
B: Oh, yeah? So did Obama! 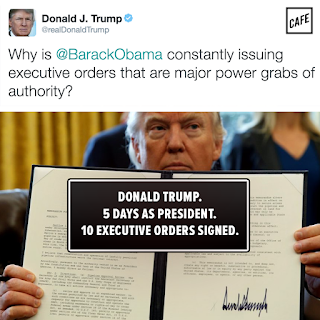 A Level 7 troll attack is one that irritates you such that your first instinct is to respond to the tu quoque but you still have just enough emotional control not to gratify your impulse. You’re teetering on the edge of being sucked into the vortex of a futile comments war but on most days good judgment prevails.

1. Establish (or suggest) that two things are alike. (I.e., the analogy)
2. Suggest that if A and B are alike then whatever judgment we apply to A we must also apply to B. (I.e., the argument)

The person launching a tu quoque attack seeks to draw your attention to the fact that you are judging two similar things inconsistently. As such you are a fool and hypocrite who richly deserves the scorn of the internet.

Two Methods for Counterattacking A Level 7 Tu Quoque
There are two basic methods for countering a level 7 tu quoque. One easy, one hard. Each relies on addressing one of the two basic parts of the tu quoque‘s structure.

The Hard Way: Deny the Analogy
Since a tu quoque relies on an argument from analogy, one tactic is to simply deny the first step: i.e., deny that there is an analogy between A and B. If A and B are different in some important respect then there’s no inconsistency in judging them differently. Of course, your opponent won’t accept you merely stipulating a disanalogy; so, you must provide an argument for the disanalogy. This means you’ll have to point out an important difference between A and B with respect to how they should be judged.

Let’s use Example 4 to illustrate. I might argue that when Obama sought military engagement in Syria after Assad’s first used chemical weapons he sought Congressional approval whereas Trump didn’t.

The opponent has two possible responses: (a) Dismiss this difference as relevant to the final appraisal or (b) argue that, despite the dissimilarity, the relevant similarities are greater in number and of greater weight than the differences. In either case, consistency demands that we still apply the same judgements to both A and B. For example, they might say that what really matters is that innocent civilians died unnecessarily in both cases or the US shouldn’t involve itself in foreign civil wars. Since both cases are alike in these respects, one ought to judge them similarly.

This back-and-forth over whether the similarities outweigh the difference or vice versa can go on for a while. It might turn out that we fundamentally disagree about how much to weigh the relevant similarities and differences. Arguing for a disanalogy is time consuming and frustrating.  It also usually involves doing some research. You’re already regretting your decision to engage but backing out will be interpreted as conceding. Your internet cred is in jeopardy. You must now devote the rest of the evening to proving the disanalogy or be forever shamed.

We need a quicker strategy…

The Easy Way: Accept the Analogy
Wait, what? You’re telling me to just concede the analogy? Why didn’t you tell me before I gave up my entire evening? And how in holy hell am I going to win the internet by giving concessions to trolls?

Herein lies the key. Notice that in most presentations of a tu quoque, the arguer hasn’t committed to whether A is good or bad. They’ve only tried to point out an inconsistency. To see why this is important let’s recreate the typical situation in which we encounter a tu quoque:

Feeling outraged at the Trump administration’s latest actions with regard to hiring from the Swamp, you post an angry condemnation on your social media account. Someone in your network who supports Trump comments,

“Oh yeah? Where was your outrage when Hillary was going to have a bunch of corporate heads in her administration? Huh?

Notice, again, that the arguer has merely pointed out a potential inconsistency in your view in how you judge A and B. In doing so he has also assumed that the analogy is a good one. Importantly, he hasn’t said what the correct judgment ought to be for both cases. Now, we get to play Socrates:

Troll: HA! You didn’t have a problem with corporate appointees under Shillary but now that Trump’s doing it you’re all against it. Logical inconsistency! Ha! Ha!

You: You’re right, I seem to have an inconsistent view on the matter. How should I judge Hillary’s close ties with corporate heads that she would have placed in important governmental positions?

At this point your opponent faces a choice. They can say ‘it’s bad’ or ‘it’s good’. Since you’ve granted them the analogy, whatever they choose must also apply to Trump.

Troll: It was bad.
You: Oh! I see. And as you’ve pointed out, the two cases are analogous. So, by your own reasoning it must follow that it’s also bad in Trump’s case. You must be really upset that you voted for him.

A low-level troll will leave you alone at this point. But an intermediate to advanced troll will not concede defeat so easily:

Troll: Ah! But you didn’t say it was bad when Hillary did it. That must mean you thought it was good! Ha! Ha! Ha! But now you are saying it’s bad just because Trump’s doing it. You are inconsistent! Ha! Ha! Ha!

[At this point, the wise move is to agree, let’s see why…]

You: You’re right. I was blind but you have since brought me into the light of reason. I now agree with you that it was bad when Hillary did it, and since the two cases are analogous (as you, dear troll kindly pointed out to me), it follows from your own reasoning that what Trump is doing is also bad. You must be sad you voted for him.

Troll: HA! You didn’t have a problem with corporate appointees under Shillary but now that Trump’s doing it you’re all against it. Logical inconsistency! Ha! Ha!

You: You’re right, I seem to have an inconsistent view on the matter. How should I judge Hillary’s close ties with corporate heads that she would have placed in important governmental positions?

Arguer: [Seeing the trap they’ve fallen into]. It was good.

You: Oh, then why did you cite that as a reason against her during the election cycle? I hope you weren’t being inconsistent…because you don’t seem to mind that Trump is doing it…

I don’t mean to pick on one party’s supporters here (well, maybe a little bit). The fact is both parties and their supporters do this all day, e’ eday. However, it’s usually whatever party is in power (and their supporters) that does it the most since they feel most compelled to defend their actions. So expect a daily diet of tu quoques from Trump supporters. In fact, I think much of political discourse today has been reduced to launching tu quoques back and forth.

Relatedly, notice also that tu quoques often function as an admission of guilt. Since whatever group is in power is forced to defend their policies and actions, instead of defending the policy they’ll often just point out that the other side did it too. You’ll notice that lately the right-wing media and social media are producing a continuous stream of tu quoque infused articles and memes.

Trolls vs Philosophers: End the Madness!
A tu quoque merely points out that one party has inconsistent attitudes toward two purportedly similar things. It doesn’t make any claim about the attitude we ought to have toward them (supposing the analogy is a good one). The argumentative techniques I gave you don’t attempt to figure this out either. They only seek to either defuse or reverse the troll attack.

The philosophical question regards what our actual attitude toward the analogous cases ought to be. We ask, “supposing these two (or more cases) are indeed relevantly similar, what ought our attitude toward them be? Are they defensible, wise, praise-worthy, blame-worthy, etc…?”

Instead of seeking to win the next internet battle, it may turn out that deliberating on the philosophical question is more fruitful than defeating even a Level 7 tu quoque attack. Engaging philosophically with your interlocutor might even make the internet comments section a more tolerable place.